The word Vipassana means to see things as they really are. It is one of the most ancient meditation techniques in India. Gotama, the Buddha (“The Enlightened”) rediscovered this technique more than 2500 years ago and taught it as a universal remedy for universal illnesses. Following his teachings is a way of life (“Art of Life“). 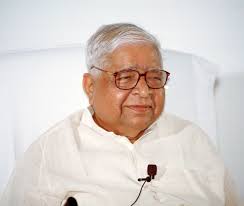 S.N. Goenka (1924-2013) was a teacher of traditional Vipassana meditation. He taught in the Sayagyi U Ba Khin tradition.

Although S.N. Goenka was originally from India, he was raised in Burma (Myanmar). While living there, he came into contact with U Ba Khin and learned the technique of Vipassana from him. After 14 years of training, S.N. Goenka settled in India in 1969 and he started to teach Vipassana.

S.N. Goenka taught tens of thousands of people in India and in various eastern and western countries, giving more than 300 courses. In 1982 he began to have assistants to help him to meet the constantly growing demand for training. India, Canada, the USA, Australia, New Zealand, the United Kingdom, Japan, Thailand, Burma, Nepal and other countries have established meditation centres.

Vipassana is a method of self-transformation (based on the self-observation) which focuses on the deep interaction of the mind and the body. This is a journey of self-discovery based on the observation of the body and the mind. It eliminates the mental “pollution” and this results in a balanced consciousness, which is full of love and compassion.